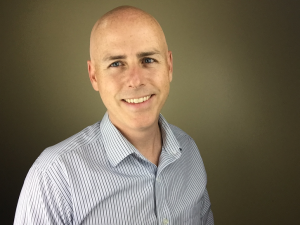 You’ve already done the hard work of finding your prospect. You’ve reached out to them. You’ve done your homework to qualify them. You’ve asked about their needs. You’ve confirmed their ability to purchase. You’ve identified the decision makers, and brought them in on the discussion. You’ve answered their questions, discussed their business case, and presented your recommendation.

Now for the moment of truth: The close.

The great thing about the closing stage is that it is the easiest part of the sales process if you allowed the opportunity to develop naturally. You’ve done your job. Now, the ball is in the prospect’s court. The prospect will either say “Yes, I’ll buy,” or they will say “No thank you,” or something in between like “We’ll think about it.”

Becoming comfortable with the “No” part of that equation can take a little getting used to, but it’s an important part of the job. Not every prospect will buy, no matter how good your skills at selling. In fact, most won’t. The more time you experience this, the easier it becomes to accept.

“No” can mean a lot of things. It can mean the obvious, “Thanks for the offer, but I’m not interested,” or it can mean something more along the lines of “I’m not ready for this now, but come back to me later.” It can also mean “We’ve looked at the business case, and you haven’t proven to me that your product or service makes the most sense for my needs.”

Sales should be a natural process, with each stage building on the previous one. The end result isn’t always going to be a sale, but that’s just a part of the job. If you’ve done it properly, the sales process shouldn’t even be particularly stressful. But that doesn’t mean that sales isn’t easy to screw up.

You might be surprised to learn this, but one of the easiest ways to ruin a sales opportunity is by being a little too optimistic, and a little too eager to move towards the close.

As salespeople, we’re an optimistic group. If you have a great first meeting with a prospect, it’s hard not to feel like this is a deal that’s going to happen. The temptation is to want to move forward with that deal, skipping a few of those tedious qualification and information gathering steps in the process.

Instead of following a disciplined process, you wing it and go with your gut. You make a bunch of assumptions, and you use those assumptions to make your recommendation. But because that recommendation isn’t informed by the facts, it’s often not representative of what they actually need or want. As a result, their answer is likely to be “No.”

It’s likely that “No” didn’t happen because you didn’t have the right product or service. It happened because you shortchanged process. Because key steps were skipped, no one got to ask the questions they needed to, and they were unable to construct a solid business case.

That’s why a thoughtful, consistent sales process is so important to long-term success. Going through those steps does more than build rapport and answer qualification questions, it allows the sales process itself to flow in a natural way.