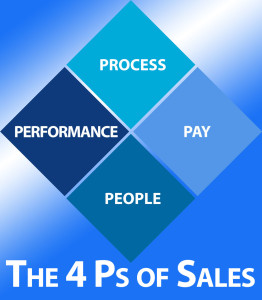 Sales is a tough job. It might not be as physically tiring as construction work, but there are few jobs more mentally and emotionally taxing. Salespeople have to start up conversations with complete strangers (most of whom don’t want to talk to them in the first place), then persuade those people to spend their money. Salespeople may not make the products or build the services, but without their contributions there would be no money coming into the business. If they don’t do their jobs well, everyone suffers.

Unlike typical employees, salespeople need to be given the strongest possible incentives to do their jobs to the best of their abilities, and at all times. As a result, their compensation models work differently from a standard 9-to-5 worker. They need a good reason to dive in headfirst to the potential rejection of a sales call, and they need to have something to show for their work even when they’ve had an off week.

Sales compensation can be a complex topic, but the basic building blocks are easy to understand. There are three basic elements of sales compensation: Guaranteed, variable, and bonuses and incentives.

• Guaranteed Compensation: This is also known as a “base” or a “draw.” It’s the same thing as a standard salary or hourly wage in the non-sales world, although the amount tends to be lower than a comparable non-sales position. This is piece of the compensation that’s not tied to sales performance. It serves as a reliable minimum that the salesperson can count on making, even if they have a terrible week or month.

• Variable Compensation: This is often referred to as the “commission.” It’s usually percentage of each completed sale or a specific dollar amount per sale. This kind of compensation is directly tied to sales performance, with higher sales meaning more money. The exact percentage varies greatly depending on the price point of the product, the length of sales cycle and the volume of sales.

• Bonuses and Incentives: This category includes any kind of additional payment beyond the standard base and commission. It includes things like cash bonuses for exceeding sales targets and prizes for sales-related contests. In most cases, this kind of compensation is tied in some way to performance. One exception to this would be something like stock options, which are often used as an incentive in early stage companies as an alternative to higher base salaries.

Most sales compensation plans are a mix of the first two elements, with incentives and bonuses being somewhat less common. Sales positions do exist at the far extremes, with salary-only or commission-only structures, but these are relatively uncommon. (They also come with their own sets of problems, which I’ll address in another post.) For the most part, professional salespeople expect to see a base salary and a commission.

As with any other profession, skill level and experience play a big role in the scale of compensation. Let’s take a look at what this means in practice with some typical compensation arrangements for salespeople in my hometown of Asheville, NC. I’ll provide a few examples of a few relatively common kinds of sales jobs, and a general idea of what they pay.

• Phone-based sales rep: This could be a lead-generation position, making cold calls and setting up appointments. This is generally an hourly job, and it requires a minimal level of sales skill and training. This pays in the $9 to $15 an hour range as a base. These jobs almost always include some kind of smaller, performance-based compensation which is tied to a specific metric, such as the number of appointments set.

• Inside sales rep: This is a typical business-to-business (B2B) sales position. It’s still phone based, but it requires a little more sales skill to do effectively. These jobs usually pay a base salary rather than an hourly rate, and in this area it’s typical for this base to be between $24K to $40K. There will also be a commission element, which is usually a percentage of the sale, although occasionally it will be a flat rate. The target commission is usually estimated at 15% to 30% of the base. These two numbers are generally added together to create a “leverage” ratio, and this establishes the total “at plan” target earnings for the position. For a sales rep selling a mid-tier product or service, that total compensation might be around $50K in this area. Some inside sales jobs also have a bonus structure.

• Field-based outside sales rep: When you’re out in the world meeting face-to-face with customers, you need a much deeper skill set than you do for simple inside sales. The compensation structure is similar to what an inside sales rep would have, with a base and a commission, and there might also be some bonuses and other incentives. The big difference is in the scale of compensation. In this area, it ranges from $36K to $60K, with an “at plan” earnings target of around $80K to $90K.

As you can see, there’s a wide range of compensation here. There are common elements in all three positions, but the level of pay really depends on the depth of skill that you need to hire. To know how much you should pay, you first need to know what kinds of sales activities you’re going to need.

How do you gauge the skills and potential of a candidate for a sales position? How do you determine what their compensation should be? I’ll cover that topic in my next post.