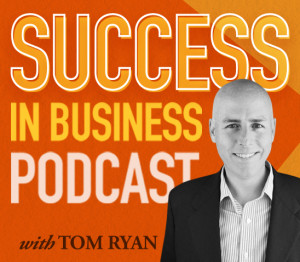 Every business pitch needs to start with a “problem.” There’s something wrong in the market, and it’s causing anxiety, frustration and pain. Maybe it’s a customer need that is going unmet, or it’s a roadblock that simply doesn’t need to be there. By establishing the problem — or presenting this “problem statement” — you’re setting up how your business or idea will solve it, meeting that demand, winning customers and generating sales.

It’s easy to see why every pitch starts with a problem. It serves as the sharp, pointy end of the “hook” phase of the pitch, establishing a conflict that then demands some kind of resolution. As you explain the problem, you’re also laying the groundwork for the story of how your business plans to resolve that conflict.

A good example of this is ridesharing startup Uber. Leaving aside all of the arguments about the “sharing economy” and the technology innovations, Uber ultimately presents a simple problem statement for its users: In an always-on, highly connected world, people couldn’t call for taxis and pay for rides using their smartphones. They had to use the slow, outdated and unreliable taxi system if they wanted to go from one place to another.

Prior to Uber, getting a ride was hard. Most people don’t live in major metro areas like Manhattan, where taxis can be hailed right on the street. Getting a cab almost always meant calling a cab company, talking to dispatcher (and hoping they got the details right), then waiting as one of the handful of taxis on the company’s roster made its way to you. If you wanted to avoid dealing directly with the cabbie when it came time to pay, tough luck. There was no way to simply pay from your phone, taking the transaction completely out of the dangerous and fraud-plagued real world. As a consumer, it was easy to feel powerless.

With Uber, getting a ride is simply a matter of opening an app. Instead of waiting for a taxi, it taps into a previously ignored market of people who have both free time and available cars. If they want your business, they need to be there first. As a result, ride waits are measured in minutes instead of hours. It also takes the awkward (and sometimes dangerous) element of real-world payment out of the equation. Leaving aside the thornier questions of regulation and the employment status of Uber drivers, it’s hard to deny that the startup solves a pretty big problem in the market.

It’s the problem statement that allows a startup like Uber to make sense to an investor. It puts everything the company does into context. The same concept is true for anyone making a business pitch.

One of the biggest mistakes first-time entrepreneurs make is confusing the problem they solve from the product they create. A product by itself doesn’t tell a story. Without that greater framing narrative of why that product is needed, it’s hard for an audience to get invested.

Consider this: Uber’s actual product isn’t anything all that groundbreaking. It’s little more than a smartphone app with scheduling, messaging, map and rating functionality mixed with a payment portal. Viewed purely as an app — as a product — it’s not particularly innovative, and it mostly combines existing elements in ways that aren’t fundamentally different from eBay or Facebook’s apps. If Uber was trying to sell themselves on that product alone, no one would care about them. It’s the problem Uber uses that app to solve that makes customers, drivers and investors so excited.

By establishing the problem — people can’t call or pay for a taxi using their phones — Uber’s app suddenly makes a lot more sense. Almost everyone has a smartphone. In fact, most younger people have smartphones, but less and less have their own cars. If getting a ride was easy, fast, safe and cheap — and could be done from any smartphone — a lot more people would probably use it as an option.

This entire line of thinking doesn’t come from a description of the product, but rather from the problem. The Uber app, driver network and business model is a response to that simple problem statement.

A shocking number of entrepreneurs don’t understand this concept. A few months ago, I volunteered my services as a judge in a business plan competition. Not being a fan of long-form business plans, I expected that I would find the most frustrating part of the process being the slow slog through a pile of 40-plus page planning documents.

As I worked my way through the stack submitted plans, however, it wasn’t the length of the submissions that was making the process so brutal. The bigger issue was that almost none of the entries established the problem their business was attempting to solve. Of the 24 plans I read, only four provided a substantial and compelling problem statement.

The other 20, meanwhile, launched almost immediately into a detailed description of their products and services. Without the context of what problem these products were hoping to address, those entries didn’t do much to capture my attention. They forced me to try and reverse engineer the problem they were trying to solve on my own, and it wasn’t exactly a fun reading experience. I still read through each of them to fulfill my duty as a judge, but had I been a potential investor, these plans would have been complete nonstarters.

Without that crucial context provided by a problem statement, things like a startup’s competitive advantage, financials and market landscape don’t mean very much. There’s no way to tell how big the problem is, or even if the problem itself is real. That’s why the problem statement is so important, and why it is the first element of the pitch: It sets up everything else that follows it.

Homework: Clearly define the problem your business will solve.

Write down what is wrong with — or what’s missing from — the market today. What is the anxiety, frustration or roadblock customers face. You should be able to state it in a sentence or two. Once you can state it clearly and concisely, share it with others. Get feedback from friends, family, coworkers and acquaintances. Take the feedback you get, and refine your statement accordingly.

In my next article, I’ll explain the second step of the pitch: The Solution.