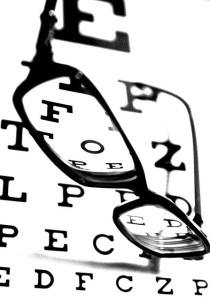 A few weeks ago, I was having a casual business meeting with one of the founders of a company I coach. It’s a great company, growing quickly thanks to a truly dedicated, battle-tested team. Everyone at the company not only understands the vision for the business, but also appear to genuinely embrace it.

Company culture and vision has been on my mind recently, and I was curious how this small startup seemed to knock it out of the park. Most companies struggle to even create a meaningful, clearly communicated vision, and never manage to embed it in the overall culture of the business. What was this startup doing differently?

As we talked, it became clear that the team’s dedication to the vision didn’t happen by accident. It was an intentional process, and an ongoing one. Creating that strong vision turned out to be an alignment of five core concepts.

Luck has a lot to do with it. The startup has had a few breaks that went their way, and everyone wants to play for the winning team. If the company already has a vision guiding its direction, and everyone on the team already understands it, it’s much easier to get them moving towards it as the company picks up steam.

Everyone is hungry for success. With early stage companies in particular, the founders and the team generally expect to make some sacrifices to get the business off the ground. This means that people who aren’t truly hungry for success tend to self-select out of the job. It also means that employees who can’t or won’t keep up with the pace tend to get weeded out pretty quickly.

Sharing the vision can help you keep those people who hunger for the same kind of success, inspiring them to stick around even if they could make more money or have it easier at another job. This means that the people who stick around not only share the vision, but they are willing to go above and beyond to share in the eventual success. These “true believers” are incredible assets for any company’s long-term success.

The team needs to be inspired. There is nothing inspirational about telling your employees how their effort, skills and time will help the founders and their investors reach their company goals. That’s the big problem with most company visions: They’re completely irrelevant to the motivations of the employees. If you want employee buy-in on that vision, you need to engage them in the vision itself.

A truly inspirational vision can’t just be about what the handful of people in leadership positions want to see. It also has to reflect what the individuals who make up the company care about, at least to some extent. By listening to your employees view of the business, and incorporating what they say into the overall vision, they will find the vision much more inspiring.

Employees need to be rewarded for embracing the vision. An employee who takes on the company vision isn’t going above and beyond. For most people, a job is something you clock into and clock out of. It’s not something you believe in. If you’re lucky enough to find those “true believer” employees, they need to see that their commitment is paying off.

Rewards can take a wide variety of forms, and most of them won’t cost a dime to implement. They’re mostly a matter of recognition. Even a modest victory — a big new client, a write-up in the local press, a successful quarter — can serve as a means of sharing the credit for that success with the entire team. It can also provide an opportunity to reflect on the vision, and to adjust it. Having a voice in the company vision can be surprisingly rewarding for the team.

Great company visions are tempered by adversity. Every small business or startup is going to take some major blows, run into brick walls, and face plenty of stumbling blocks. The natural temptation is to downplay these issues, keeping employees in the dark about any looming problems. The reality is that great employees are perceptive people, and they know when something is up. The more invested they are in the company and the vision, the more resentful they become when they’re not being leveled with.

When your company faces adversity, it’s OK to admit it. Letting employees know what the challenges are, and how you’re addressing them, can be a huge sign of trust. Knowing that you’re facing these challenges together can create a true esprit de corps, further reinforcing that core company vision.