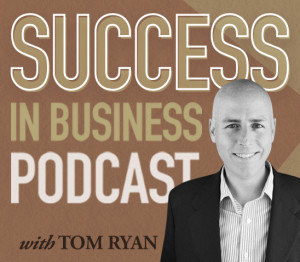 Crafting a powerful story for your company or brand can do more than attract customers. It can shape how you see your business, guide how your investors and partners view their roles, and even sway potential employees to join your cause. For this kind of storytelling to be effective, however, you need to understand how the central character — the hero — fits into the narrative, and what it means to for the hero to need a guide.

In today’s episode, host and business coach Tom Ryan and co-host/producer Jason Pyles continue their discussion of Donald Miller’s powerful, compelling ebook, How to Tell a Story. If this sounds interesting to you, download your own copy of Donald Miller’s How to Tell a Story ebook today, and be sure to keep listening to the Success in Business Podcast this week for our continuing review. END_OF_DOCUMENT_TOKEN_TO_BE_REPLACED 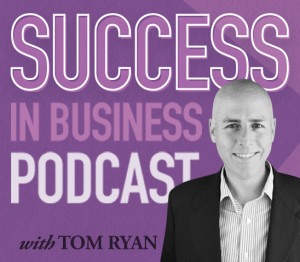 Creating a compelling story for your business isn’t about casting yourself or your company as the hero. It’s about placing your customers, partners and investors in that role, identifying their problems, acting as their guide, and calling them to action. It’s not your story that matters, it’s theirs.

Host and business coach Tom Ryan and co-host/producer Jason Pyles continue their discussion of Donald Miller’s powerful, compelling ebook, How to Tell a Story. Learn why it’s important to frame your stories correctly, and hear some real-world applications of these principles from Tom’s work with the Kauffman Foundation Entrepreneur in Residence program. END_OF_DOCUMENT_TOKEN_TO_BE_REPLACED

What do Star Wars and a great sales presentation or business pitch have in common? They follow the same fundamental storytelling structure. In today’s episode, we continue our multi-part review of How to Tell a Story by Donald Miller. Host and business coach Tom Ryan and co-host/producer Jason Pyles talk about applying effective storytelling ideas to your business.

If this sounds interesting to you, download your own copy of Donald Miller’s How to Tell a Story eBook today, and be sure to keep listening to the Success in Business Podcast this week for our continuing review. END_OF_DOCUMENT_TOKEN_TO_BE_REPLACED 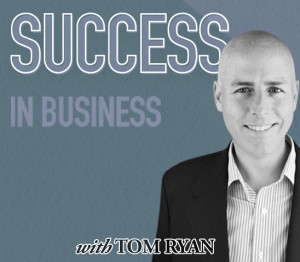 In a previous post, I explained my many problems with the “Always Be Closing” approach to sales. In a nutshell, I find that the “ABCs of Sales” is a one-sided approach that creates the wrong dynamic for a sustainable business. The only thing it’s good for in the long term is alienating your customers.

If the “ABCs of Sales” is wrong, then what’s the alternative? I have two other acronym-ready sales philosophies for you: “Always Be Prospecting” and “Always Be Aligning.” Or, if you prefer, the ABPs and ABAs of Sales. These may not be quite as catchy-sounding as the ABCs, but they do deliver real-world results. END_OF_DOCUMENT_TOKEN_TO_BE_REPLACED 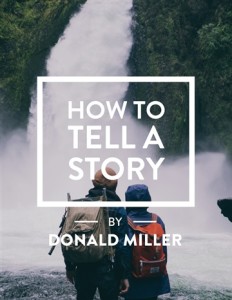 Great stories require structure. You might not realize it, but every story that has entertained you, informed you and stuck with you over the years follows a similar structure. To reach your biggest audience, your company’s story needs the same kind of structure. This, in a nutshell, is what Donald Miller’s How to Tell a Story is all about.

We continue our multi-part review of How to Tell a Story in this episode. Host and business coach Tom Ryan and co-host/producer Jason Pyles talk about the ways effective storytelling can enhance every part of your business, from increasing sales to wowing potential investors. END_OF_DOCUMENT_TOKEN_TO_BE_REPLACED

“A good story doesn’t happen by accident,” notes Donald Miller in his popular ebook, How to Tell A Story No matter what kind of story you’re telling, structure matters. By understanding how stories work, you can capture your audience’s attention in ways that the facts alone never could. For a business looking to connect with customers, or startup trying to catch the eye of investors, a great story can completely change the game.

In this episode Tom and Jason the producer officially begin their review of Donald Miller’s How To Tell A Story eBook. They discuss how the human brain is drawn toward clarity, not clutter. And Tom and Jason talk about how good stories don’t happen by accident. They are structured as an organization of events that are told through a set form. END_OF_DOCUMENT_TOKEN_TO_BE_REPLACED 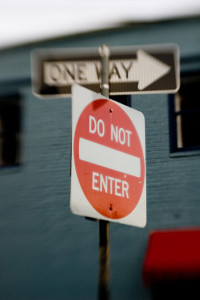 Sales shouldn’t be a win-lose relationship. It you’re focusing on the knockout punch of closing the deal, like the “ABCs of Sales” approach, you’re creating a dynamic with those clients that’s really not sustainable. It’s an incredibly short-sighted way to do business, but it’s also surprisingly common.

I even have a term for people like this. I call them “one ways.” Why? It comes from one of the first dates I had with the woman who would later become my wife.

When we first started dating, I was a different guy. It was a lot younger back then, and I was both clueless and a little selfish. On one of our earliest dates, we were hanging out at my apartment watching a movie. We were a good ways into the film, and I realized I was getting a little hungry. END_OF_DOCUMENT_TOKEN_TO_BE_REPLACED

By the second sentence of How To Tell A Story, host and business coach Tom Ryan was hooked. Here was a short, straightforward book about telling a great story, written by an established expert in brand narrative. In a world where content marketing can make or break a business, it was exactly the kind of thing Tom could use to give his clients and students a starting point for creating their company narratives.

In today’s episode, Tom and co-host/producer Jason Pyles talk about Donald Miller’s How To Tell A Story. They also talk about what makes a great story, and why stories are so effective for reaching your audience and customers. END_OF_DOCUMENT_TOKEN_TO_BE_REPLACED 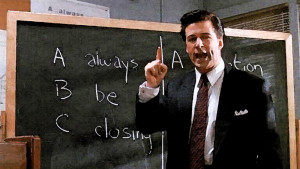 “The ABCs of Sales” is junk. I know I’m going to disappoint some of you by saying this, but it’s true. Let me tell you why.

I’ve worked on the sales side of the business world for a long time, and been on almost every rung of the sales ladder in the process. Along the way, I’ve seen what works and what doesn’t. When I hear people repeating the idea that the right approach to take in sales is to “Always Be Closing,” I cringe. That’s a terrible sales philosophy, particularly when it comes to building a sustainable business. END_OF_DOCUMENT_TOKEN_TO_BE_REPLACED

In today’s social media-driven culture, content is king. But not all content is created equal. If you want your content marketing to resonate with your audience, it needs to tell a compelling story. Master storytelling, and people will crave every piece of content you create.

In today’s episode, host and business coach Tom Ryan talks about his struggles finding a reliable system for creating great business content. Not only did he find a great resource that changed his entire approach to storytelling, but all it cost him was his email address. Tom is joined, as always, by co-host and producer Jason Pyles. END_OF_DOCUMENT_TOKEN_TO_BE_REPLACED

Connect With The Show

Enter promo code SIBP at checkout for a special discount!